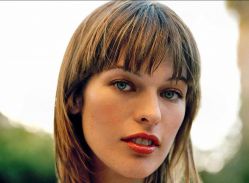 According to Variety, one of my favourite actresses is set to star in a film about a condition I know a little something about:

Story centers on a woman who barely survives an attack by a serial killer and wakes up in hospital with a head injury that leaves her “face-blind.” No longer able to recognize faces, she must navigate a world in which facial features change each time she loses sight of them. All the while the killer is closing in, determined to eliminate the potential witness.

[The screenplay] deals with the real-life neurological disorder called prosopagnosia.

I am really looking forward to seeing how they attempt to reproduce the experience of face-blindness in a way that those without prosopagnosia can understand. Recognizing faces is such an inherently natural ability for most people that they can’t even form a conception of the problem. Unlike colour-blindness, which we can all understand having seen black and white photos and TVs, face-blindness is very hard to reproduce. How do you visually portray a lack of detail?

Last season (or 2 years ago?) an episode of House MD dealt with prosopagnosia by blurring the entire face, which conveys the effect, but not the experience of face-blindness. It’s not that we don’t see the facial details … it’s just that we can’t retain them well, especially in varying contexts.

Filming on this project starts in March, so we likely won’t see “Face In The Crowd” until 2011. So to speak…